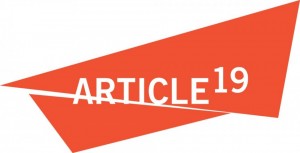 Vietnam: Conviction of thirteen pro-democracy activists is an abuse of fundamental rights

ARTICLE 19 condemns the jailing of thirteen pro-democracy activists in Vietnam and calls on the authorities to release them immediately. The men and women were convicted of “carrying out activities aimed at overthrowing the people’s administration” under Article 79 of the penal code.

The criminal activities the group are said to have engaged in include writing commentary that is critical of the Government and distributing this on the internet, and both participating in and encouraging peaceful protest.

ARTICLE 19 believes that these activities should not be considered to be criminal. The Vietnamese authorities have failed to recognise basic human rights and these convictions fail to meet international standards freedom of expression.

“Thirteen people are now behind bars for doing nothing more than expressing legitimate political concerns.  They have been locked away for sharing views about matters of public importance on the internet and for taking part in peaceful demonstrations. These are not things which should be considered criminal. It seems that the real crime here is the appalling abuse of fundamental rights, including the right to freedom of expression, by the state” said Agnes Callamard, Executive Director of ARTICLE 19.

“This is yet another stain on Vietnam’s already blotted human rights record. It is part of a larger trend to silence opposition voices and entrench conformity to the Party line. The Vietnamese authorities should release these people immediately.” she added.

Fourteen men and women appeared in court in total facing charges of breaching national security, in what was the biggest ever trial of pro-democracy activists in the Vietnam.

The group, many of them bloggers and citizen journalists and the majority of them Catholic, were arrested between August and December 2011 and held for more than a year before standing trial.

ARTICLE 19 calls for the release without charge a group of fourteen human rights activists standing trial in Vietnam. The group, many of them bloggers and citizen journalists and the majority of them Catholic, are charged with ‘carrying out activities aimed at overthrowing the people’s administration’. The trial is the largest of its kind in the country, with all fourteen defendants appearing at once. If the group are found to be guilty they face a range of sanctions, which include life imprisonment or the death penalty.

The Vietnamese authorities have charged the men and women under Article 79 of Vietnamese Penal Code, a provision that relates to national security. Criminal activities the group are said to have engaged in include writing commentary that is critical of the Government and distributing this on the internet, and both participating in and encouraging peaceful protest.

“We have witnessed the persistent abuse of basic human rights In Vietnam. The authorities must break with their previous record and show that they respect fundamental rights, which includes freedom of expression and freedom of association. Political criticism, blogging and peaceful protest are vital elements of a healthy society and should be met with criminal sanctions. It is outrageous for the Vietnamese government to respond to such activities with such shocking and disproportionate punishment” said Agnes Callamard, Executive Director of ARTICLE 19.

“The government must end the systematic harassment and intimidation of those who speak out against the state and refrain from using the law as a weapon to suppress and silence the people of Vietnam” she added” she added.

ARTICLE 19 also notes that since July 2011, the Vietnamese government has instituted a new wave of crackdowns on Catholic activists in particular. Twelve of those standing trial are Catholic Redemptorists and come from the Catholic Diocese of Vinh City, a Catholic parish in Vietnam that has suffered continued harassment and monitoring by the authorities.

Of the fourteen human rights defenders, three are charged as “organizers, instigators, and active participants” under Clause 1 of Article 79, and are facing 12 to 20 years imprisonment, life imprisonment, or the death penalty:

Paulus Le Son is a blogger (paulusleson.wordpress.com) and writer for Vietnam Redemptorist News. He is also an active community organiser, focusing on issues such as HIV and public education.

Ho Duc Hoa is a community organiser and a contributing writer for Vietnam Redemptorist News.

Dang Xuan Dieu is an engineer and community organiser, active in mobilising access to education for poor students and assistance for victims of typhoons and disabled persons. He is also a contributing citizen journalist for Vietnam Redemptorist News.

The remaining eleven human rights defenders are charged as “accomplices” under Clause 2 of Article 79, and are facing 5 to 15 years imprisonment:

Nguyen Dinh Cuong is an activist with the John Paul II Group for Pro-Life. He also participated in protests against local government seizure of church lands.

Nguyen Van Oai attended the citizen journalism training of the Vietnam Redemptorist News and helped report on the anti-China protests in Vietnam during summer 2011.

Nong Hung Anh is a fourth year student at Hanoi University, studying foreign languages. He writes for prominent blogs such as www.boxitvn.net, a widely popular site founded by environmental activists and baokhongle.wordpress.com.

Nguyen Xuan Anh is a martial arts instructor from Vinh City and is married with two children. After his arrest, security police raided his home.

Tran Minh Nhat is a writer for the Vietnam Redemptorist News. He was arrested at the Ho Chi Minh City University of Foreign Languages and Information Technology.

Dang Ngoc Minh is a housewife and mother of Nguyen Dang Minh Man and Nguyen Dang Vinh Phuc (both who are also defendants in the same trial), and was arrested in August 2011 for participating in training workshops.

ARTICLE 19 calls for the government to drop all charges against the activists and demands their immediate release.

Furthermore, ARTICLE 19 calls upon the Vietnamese government to cease its use of heavy-handed intimidation tactics and arbitrary use of vague legislation to silence citizens.