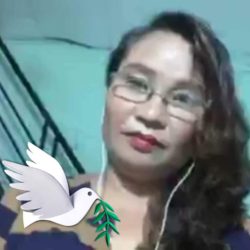 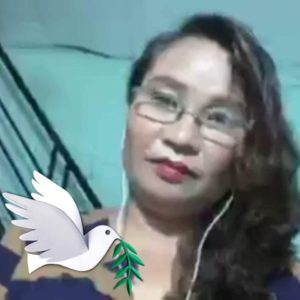 Detentions were made ahead of the group’s plan to gather in Ho Chi Minh City on September 4 on the occasion of the country’s Independent Day (September 2) holiday to incite peaceful demonstrations on various issues, including human rights abuse, systemic corruption, the government’s weak response to China’s violations of the country’s sovereignty and bad government’s management which leads to serious environmental pollution nationwide, said Thuy, who merely escaped from police’s raid.

The police kidnapped eight members of the group and took them into custody without informing their families about their arrests and detentions, Thuy told Defend the Defenders, adding only Huynh Truong Ca‘s arrest was publicized in state media.

Police released Pham Thao after two days of interrogation and still hold the eight remaining members in custody, Defend the Defenders has learned.

The group was established on June 16, 2017, striving to educate human rights by disseminating Vietnam’s 2013 Constitution among citizens, Thuy said, noting once citizens know their rights enshrined in the constitution, they can fight for their rights and force the ruling communist party and its government to respect the constitution.

Currently, the party and state agencies are systematically violating the country’s Constitution, she added.

During the police raid in early September, nine members of the group successfully escaped, Thuy said.

So far, police in HCM City have yet to inform the families of eight members about their arrests and detentions. Relatives of Doan Thi Hong and Ngo Van Dung went to the temporary detention facility of the city’s police and were told that the two activists are held there. However, police have made no written form of confirmation about their detention, just tell their families to send clothes and money for them.

On September 14, state media reported that police in Dong Thap province arrested Huynh Truong Ca, one of the members of the group, and charged him with “Making, storing, spreading information, materials, items for the purpose of opposing the State of Socialist Republic of Vietnam” under Article 117 of the country’s 2015 Penal Code. He is facing imprisonment of up to 20 years in prison if is convicted, according to current Vietnam’s law.

Although the right to assembly is enshrined in the 2013 Constitution, Vietnam’s government does not welcome spontanous demonstrations. Participants of spontanous protests have suppressed, beaten, arrested and even charged with “disrupting public orders” and may face imprisonment of up to seven years in prison.

Vietnam has convicted 45 citizens who participated in the mass protest in mid-June, sentencing 37 of them to between eight months and 42 months in prison and giving probation of between five months and 12 months to the remaining eight, according to the statistics of Defend the Defenders.

With the arrests of nine members of the Constitution group, the number of the detained activists rose to 23 as of September 24, most of them were charged with controversial articles in the national security provisions in the Penal Code.

So far this year, Vietnam has convicted 33 activists and sentenced them to a total 255 years and six months in prison and 56 years of probation. Nine of them were given lengthy imprisonments of between 10 and 20 years.