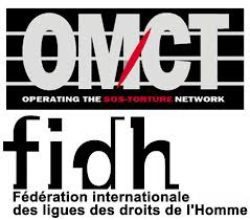 Viet Nam: Open Letter To Embassies About the Upcoming Trial of 3 Bloggers 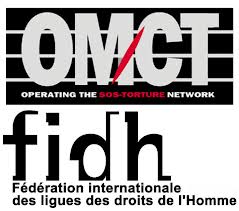 31 July 2012
Attn:
Heads of Missions: Embassies of Argentina, Australia, Austria, Belgium, Bulgaria, Canada, Chile, the Czech Republic, Denmark, Finland, France, Germany, Greece, Hungary, Ireland, Israel, Italy, Japan, Mexico, the Netherlands, New Zealand, Norway, Poland, Romania, Slovakia, South Africa, Spain, Sweden, Switzerland, the United Kingdom of Great Britain and Northern Ireland, the United States of America, and the Delegation of the European Union to Viet Nam.
Re: Closed trial of three pro-democracy bloggers on August 7, 2012
Your Excellency,
The Observatory for the Protection of Human Rights Defenders, a joint programme of the International Federation for Human Rights (FIDH) and the World Organisation Against Torture (OMCT), together with the Vietnam Committee on Human Rights (VCHR), wish to draw your attention to the upcoming trial of three pro-democracy Vietnamese bloggers.
On August 7, 2012, Mr. Nguyen Van Hai (aka Dieu Cay), Mr. Phan Thanh Hai and Ms. Ta Phong Tan are scheduled to be tried by the Ho Chi Minh People’s Court at 8am. They have been charged under Article 88 of the Penal Code for “conducting propaganda against the state” for their peaceful online criticisms of the government. They face a maximum of 20 years in prison if convicted.
The trial was originally scheduled for May 15, 2012, but the Court notified the defendants’ lawyers that it would be postponed indefinitely. The Observatory and VCHR have learned that the Public Security Bureau has requested the Court to sentence the bloggers “harshly”, but the People’s Prosecutor’s Office and the Court reportedly prefer lighter sentences. It appears thus that a guilty verdict has already been decided in advance. Moreover, the lawyers and the family of Mr. Dieu Cay have reported that during his detention he has been subjected to intense pressure to plead guilty to the charges laid against him, which he has systematically refused. His lawyers also stated that Mr. Dieu Cay went on hunger strike in prison in March 2012 to protest his detention, and had to be hospitalised. Mr. Dieu Cay was previously convicted after a manifestly unfair trial in 2009 and his imprisonment was declared by the United Nations Working Group on Arbitrary Detention to be arbitrary and in violation of international law (Opinion 1/2009). Before his arrest, he had written articles calling for human rights and democratic reforms posted on the Internet, and staged demonstrations during the Beijing Olympic games. Mr. Phan Thanh Hai and Ms. Ta Phong Tan were arrested respectively on October 18, 2010 and on September 5, 2011, and have since been in pre-trial detention in Ho Chi Minh City. Mr. Phan Thanh Hai published in particular an analysis outlining that Article 88 of the Criminal Code violates the right to freedom of expression enshrined in the Constitution, and that it shall be abrogated. Ms. Ta Phong Tan posted articles on police abuse and violations of human rights by the State[1]. On July 30, 2012, Ms. Ta Phong Tan’s mother (Mrs. Dang Thi Kim Lieng) immolated herself outside the People’s Committee Headquarters in Bac Lieu to protests her daughter’s unfair imprisonment. She had suffered repeated police harassments and interrogations since her daughters’ arrest. She died later the same day.
The trial will reportedly be closed to the public. The indictment against the three bloggers dated July 19, 2012 and sent by the Ho Chi Minh City People’s Court to Dieu Cay’s lawyer, Mr. Ha Huy Son, specifically states that no witnesses will be allowed to testify at the trial, and no family members will be allowed to attend the proceedings. The right to a fair and public trial is guaranteed under Article 131 of the Vietnamese Constitution of 1992 and Article 14 of the International Covenant on Civil and Political Rights (ICCPR), to which Viet Nam is a State party.
The Observatory and VCHR consider that the judicial action against the three bloggers is merely aimed at punishing the peaceful exercise of their right to freedom of expression, and thus violates Viet Nam’s obligations under international human rights law.
It is feared that the scheduling of the trial during the summer holidays, when many members of the diplomatic community are on leave from Hanoi, may aim at minimising international attention. Their trial is also another chilling harbinger of the new draft Decree on Management, Provision, and Use of Internet Services and Information on the Network, which, if passed in its current form, would significantly increase the government’s legal arsenal to censor and criminalise online speech.
Therefore, the Observatory and VCHR respectfully ask your Embassy to:
· Urge the Government of Viet Nam to drop all charges against Ms. Ta Phong Tan, Mr. Nguyen Van Hai and Mr. Phan Thanh Hai, and release them immediately and unconditionally
· Send high-level embassy officials to the Ho Chi Minh People’s Court to attend the trial on August 7, 2012
We thank you in advance for your attention and for taking urgent and necessary actions to secure the freedom of the three bloggers
Sincerely yours,
Souhayr Belhassen
President
International Federation for Human Rights (FIDH)
Gerard Staberock
Secretary-General
World Organisation Against Torture (OMCT)
Vo Van Ai
President
Vietnam Committee on Human Rights (VCHR)
Source: http://www.fidh.org/Viet-Nam-Open-Letter-To-Embassies
[subscribe2]
Imprisoned blogger’s mother self-immolates in Vietnam U.S. Embassy’s Statement on Lieng Self-immolation