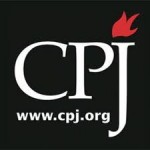 Bangkok, May 30, 2013 – The Committee to Protect Journalists condemns the detention of Vietnamese blogger Truong Duy Nhat on anti-state charges and calls for his immediate release.

Police arrested Nhat on Sunday at his home in the central coastal city of Danang, local and international press reports said. He was flown to the capital, Hanoi, where the Ministry of Public Security charged him on Monday with “abusing democratic freedoms” under the penal code, reports said.

Nhat, a former reporter with state-controlled newspapers, has maintained a personal blog, Nhat Mot Goc Nhin Khac (A Different Point of View), since 2010, according to reports. His postings are frequently critical of the Communist Party-led government, including Prime Minister Nguyen Tan Dung, reports said.

News reports did not specify the precise allegations against Nhat. His blog was disabled soon after his arrest, but later reappeared with software embedded that downloaded malware to viewers’ computers, according to reports. If convicted, Nhat faces up to seven years in prison, news reports said.

With 14 journalists behind bars, Vietnam was the world’s sixth-worst jailer of the press, according to CPJ’s most recent worldwide survey, conducted in December 2012. All but one of the imprisoned worked primarily on independent blogs or for online publications, and all but one were being held on anti-state charges.

Among that group, five independent bloggers who were held in pre-trial detention were sentenced on January 9 to lengthy jail terms on various anti-state charges related to their blogging activities. On May 23, an appeals court upheld the sentences of three of the bloggers–Ho Duc Hoa, Nguyen Van Duyet, and Paulus Le Van Son.