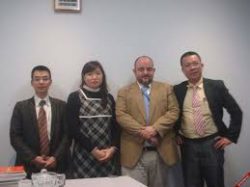 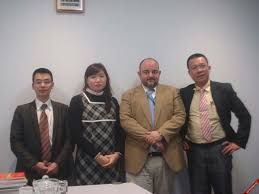 Vietnam’s authorities have transferred Vu Quang Thuan and Nguyen Van Dien, who were convicted of “anti-state propaganda” in January, to prison camps far from their families, according to Ms. Huynh Thi Ut.

The transfers were made on August 3, said Ms. Ut, the mother of imprisoned pro-democracy campaigner Tran Hoang Phuc, who was also sentenced to six years in prison and four years of probation in the same case.

Particularly, Mr. Thuan, who was sentenced to eight years in prison and five years under house arrest, was taken to Ba Sao prison camp under the authority of the Ministry of Public Security. The camp is located in Kim Bang district, Ha Nam province, about 80 km from Hanoi where his family is residing.

Mr. Dien, who was given six years and six months in prison, and four years under house arrest, was transferred to the Prison camp No. 5 located in Yen Dinh district, Thanh Hoa province, around 400 km from Yen Bai province where his family is living.

Both Thuan and Dien are member of the unsanctioned organization Vietnam Reviving Campaign. They were kidnapped in early Mach 2017 and later charged with “anti-state propaganda” under Article 88 of the country’s 1999 Penal Code.

Thuan and Dien were accused to produce 17 videoclips and posted on their social netwwork accounts while Phuc was said to assist them in producing and posting 3 video clips.

On January 31, 2018, the People’s Court of Hanoi city held their trial, finding them guilty. The trio received a total 20.5 years in prison and 13 years of probation, including six months in prison and four years under house arrest given to Mr. Phuc, the president of the Vietnamese Students for Human Rights. The Higher People’s Court in Hanoi upheld their sentences on April 10 during their appeal hearing.

The trio affirmed that they are innocent and plan to submit their appeals to the Supreme People’s Court.

Ms. Ut said she has yet to know where Vietnam’s authorities will send her son to serve his sentence.