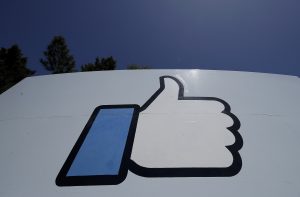 Vietnamese politicians have many talking points to brag about their achievements, particularly when trying to embellish their records in front of top leaders. But there is one selling point that could inspire awe – and perhaps even envy — among lawmakers on Capitol Hill: the ability to arm-twist American tech giants, chief among them Facebook, into compliance.

Taking the parliamentary floor in August 2019, Minister of Information and Communications Nguyen Manh Hung said Facebook was restricting access to “increasing amounts” of content in Vietnam. Hung added that the social media giant meets 70 to 75 percent of the Vietnamese government’s requests for post restrictions, up from just 30 percent previously. Notably, Facebook confirmed that the amount of content the social media giant restricted access to in Vietnam jumped by over 500 percent in the last half of 2018.

Such compliance has become the norm rather than the exception over the past several years.

Vietnam’s top echelons have been fixated on what they perceived as “toxic information” for decades. It was seen as a major hindrance to the arrival of Vietnam on the world stage in the 1990s. The definition of “toxic information” has only gotten broader over the years, enabling the authorities to bend the term to their will.

Recently, Vietnam’s leaders have repeatedly harped on the threat of “toxic information” as something that is detrimental to their own reputation and the survival of the regime. This is the context in which “toxic information” has been exhausted as a pretext for Vietnam to force foreign tech giants to toe its line.

Since 2107, Vietnamese censors have frequently asked Facebook to remove and block content said to have slandered and defamed Vietnamese leaders. The government also urged all companies doing business in Vietnam stop advertising on Google’s YouTube, Facebook, and other social media until these platforms hammer out a solution to “toxic” anti-government information. That tactic has appeared to be working. Google and Facebook have publicly acknowledged that they have removed and flagged video clips and posts at the behest of the Vietnamese government.

In another move indicating how Facebook has acquiesced to pressure by the Vietnamese authorities, just last April, the social media giant confirmed that it had restricted “access to content which it has deemed to be illegal,” which was effectively anti-state posts.

Facebook and its proponents may explain such content removal through the need to respond to the global clamor for the tech industry to be more proactive in removing disinformation. The social media giant has been adamant in dismissing accusations that its content removals stemmed from political pressure, instead clinging to its “community standards” to justify such take-downs. It is in fact not easy to gauge if Facebook has been yanking off political content that should otherwise not be taken down.

But in what appeared to be a surprise move in April 2018, an open letter to Facebook founder and CEO Mark Zuckerberg, signed by 16 activist groups and media organizations as well as 34 well-known Facebook users, accused the social media giant of abetting Vietnam to crush dissenting voices.

The letter singled out Vietnam’s Force 47, a 10,000-strong cyber unit deployed in early 2016 and tasked with maintaining a “healthy” internet environment. The letter called the unit “state-sponsored trolls” that spread fake news about Vietnamese activists.

Specifically, the letter pointed out that Force 47 cashed in on loopholes in Facebook’s community policies that allow for content to be automatically pulled if enough people lodge complaints about certain Facebook accounts. In other words, the letter alleged that the government, by mustering up the large number of Force 47 members to report to Facebook, could have targeted accounts suspended and content belonging to activists removed.

The modus operandi of Force 47 was also corroborated in a report by researchers at Oxford University. According to the report, Vietnam is among at least 70 countries that have deployed disinformation campaigns. This is part of a global pattern in which governments have capitalized on internet platforms like Facebook to spread disinformation, seeking to discredit political opponents, silence dissenting views or even meddle in foreign affairs. Vietnam’s most helpful tool and ally in this campaign? Facebook itself.

Get first-read access to major articles yet to be released, as well as links to thought-provoking commentaries and in-depth articles from our Asia-Pacific correspondents.

Facebook has not always pleased the Vietnamese government, however — not because the social media giant was trying to resist pressure to stifle freedom of speech, but because of its efforts to profit from all sides.

In 2018, Vietnam bristled at Facebook’s ad manager tool depicting disputed South China Sea islands as Chinese, triggering widespread backlash in a country where the anti-China sentiment runs deep. Facebook was quick to admit it used a “wrong” map and described the issue as purely a technical mistake, but this seems highly unlikely. Never giving up its hope to re-enter the Chinese market, Facebook has repeatedly indicated its willingness to become a tool of the government there.

Facing growing pressure from the Vietnamese authorities, coupled with the lure of this market – 58 million users – Facebook’s transactional nature has manifested itself.

By capitulating to the censorship demands of the Vietnamese authorities, perhaps the social media giant also seeks to telegraph an important message to Beijing: It is willing and able to toe the line of authoritarian governments. Which begs a major question: With Facebook apparently buckling under the pressure of authoritarian countries in order to survive as a business, will the platform soon become a tool for the powerful, rather than those whose voices were suppressed?

There might still be some hope to rein in the social media giant.

Last week, a global effort to pressure Facebook to tighten its screw on hate speech and misinformation has galvanized dozens of advertisers, including major ones, into pulling the plugs on the platform. That momentum, which would really hit the social media giant where it hurts most – its pockets – needs to be sustained.

Facebook has also joined Google and Twitter in temporarily refusing to cooperate with requests for user information from the Hong Kong police in light of the national security law imposed by Beijing. Facebook said it would conduct as “assessment” of the new law before deciding how to move forward in Hong Kong.

“We believe freedom of expression is a fundamental human right and support the right of people to express themselves without fear for their safety or other repercussions,” Facebook said in a statement on the Hong Kong decision.

Just recently, Facebook finally honored its long-overdue promise to set up an independent body tasked with ruling on controversial decisions to take down content. Though its effectiveness remains a big question, the organization may provide a venue for digital activists, including those from Vietnam, to have their cases heard.

For now, Vietnam’s government has somehow been able to co-opt Facebook to act in its own interests. But at the end of the day, the social media giant will remain a fickle partner-in-crime.