Vietnam ramps up crackdown on dissent ahead of Communist Party congress

Vietnamese journalists Pham Chi Dung, right, Le Huu Minh Tuan, centre back, and Nguyen Tuong Thuy, left, stand between police during their trial in Ho Chi Minh City. Photo: EPA
South China Morning, Jan 7, 2021
Authorities in Vietnam are ramping up their crackdown on dissent just weeks before the Communist Party’s national congress, with the jailing of prominent journalist Pham Chi Dung on Tuesday just the latest in a string of sentences handed down to critics of the state.

Before his arrest, Dung was chairman of the Independent Journalists Association of Vietnam, a group he founded that has advocated for press freedom in the country since 2014 yet is considered an illegal organisation by Hanoi.

Dung, a former member of the Communist Party, was for two decades part of the state department of internal affairs and security in Ho Chi Minh City. When he resigned from the party in 2013, he said it “no longer serves and represents the interests of the majority of the people”.

Seven years later, following years of outspoken criticism of the Vietnamese state, he and two other independent journalists have been handed severe jail terms. After a brief trial, Dung was given a 15-year sentence, while Nguyen Tuong Thuy and Le Huu Minh Tuan were each jailed for 11 years by a court in Ho Chi Minh City for spreading anti-state propaganda.

The court said the trio were trying to “fight and change the current political institutions of Vietnam”, and accused Dung in particular of writing for foreign media outlets with the intention of “fighting the political regime”.

The United States and the European Union have added their voices to a chorus of condemnation over the rulings, which were among a series of jail terms handed down to journalists and activists for information shared online. The country’s controversial cybersecurity law, which went into effect in January 2019, criminalises criticism of the government online and has led to a steep rise in arrests linked to social media posts, as well as lengthier sentences. 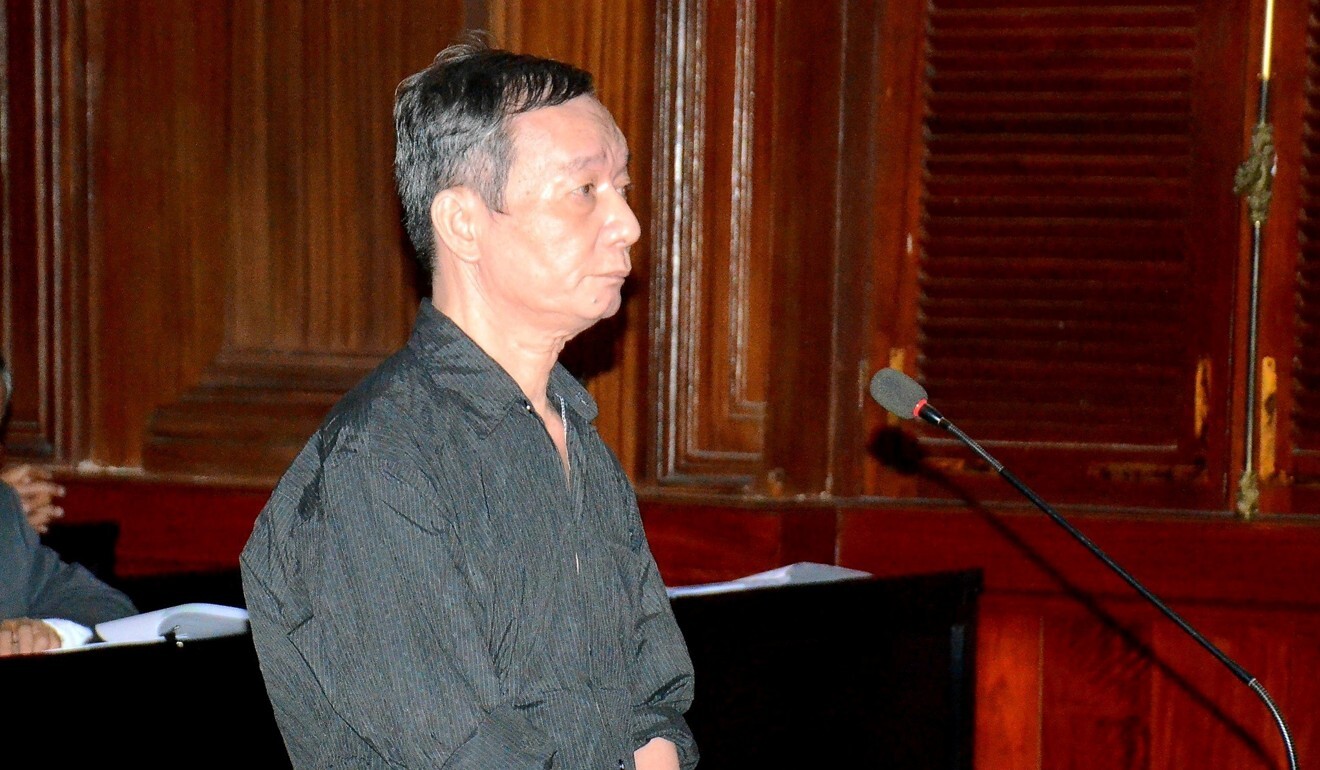 Nguyen Tuong Thuy stands in the dock during his trial. He received an 11-year prison sentence. Photo: Reuters

“They have arrested not only individuals with a big influence on society but also Facebook users who just expressed their dissatisfaction with the state’s sociopolitical policies,” said Vu Quoc Ngu, director of NGO Defend the Defenders.

The event, which runs from January 25 to February 2, will see the Communist Party of Vietnam draft a new five-year economic plan and overhaul most of its key leadership positions. The party’s “four pillar” leadership – comprising the general secretary of the Politburo; the president; prime minister; and the head of the national assembly, Vietnam’s parliament – could all face either promotion or the political axe.

Amid this backdrop of closed-door political jockeying and factionalism, little breathing space remains for those critical of the Vietnamese state. A November report by Amnesty International said there were currently 170 prisoners of conscience in Vietnam, 40 per cent of whom were in jail for their social media activity.

Emerlynne Gil, the rights group’s deputy regional director, told This Week in Asia that the times preceding a party congress in Vietnam had become an “open hunting season against activists and dissidents” due to the authorities’ intolerance of peaceful criticism. 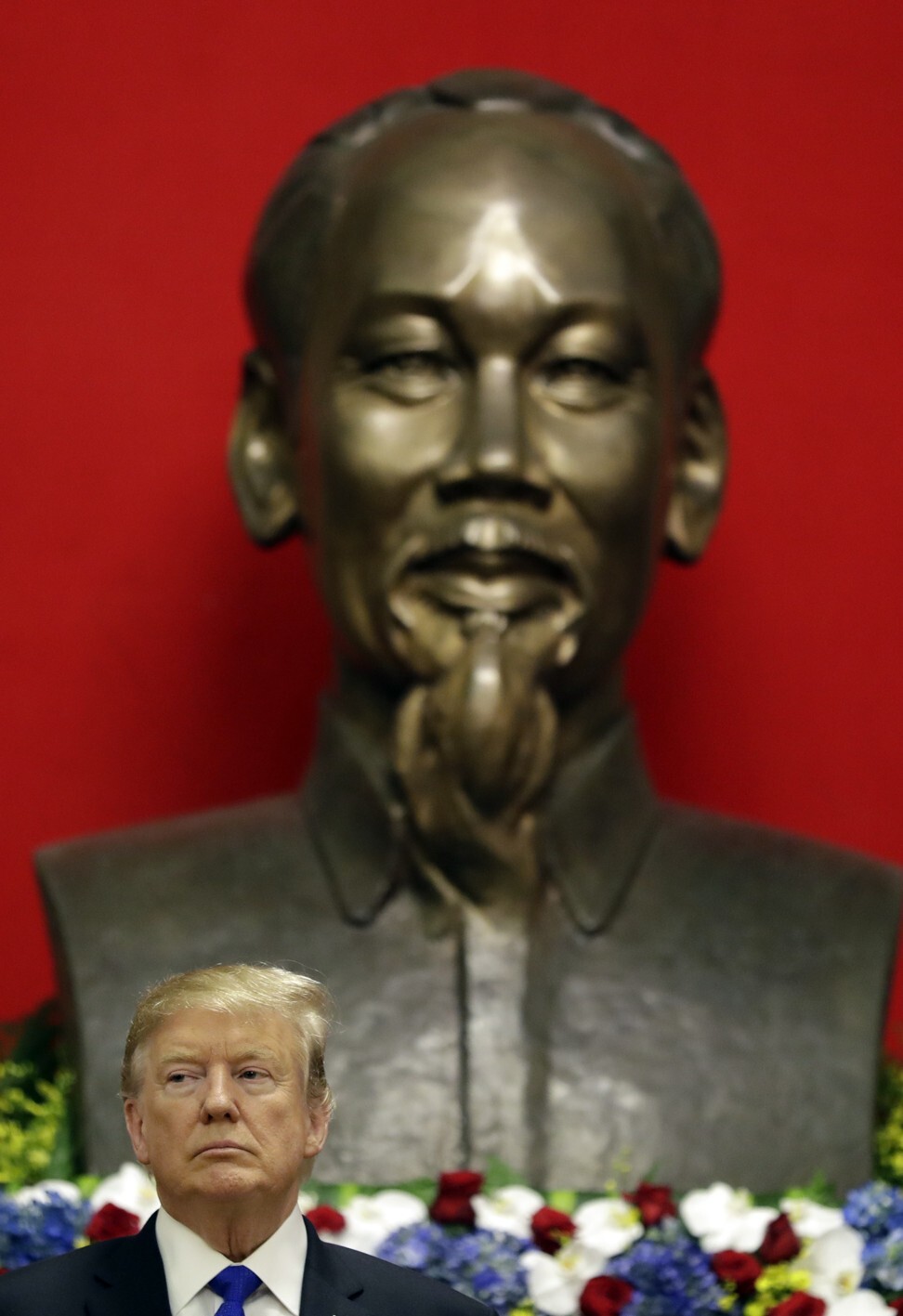 Trump’s administration has regularly faced criticism for turning the other way on human rights abuses in Vietnam. Photo: AP

“It is never safe to advocate for human rights in Vietnam today – but the stakes are clearly higher right now,” she said. “The bigger picture is of a dramatically worsening environment for anyone who dares express criticism of the authorities and the Communist Party. Whether it’s peaceful activists or foreign tech companies like Facebook, the Vietnamese authorities are sending one chilling signal after another that they aim to stamp out dissent wherever they think they see it.”

The administration of outgoing US President Donald Trump has regularly faced criticism for turning the other way on human rights abuses in Vietnam, which rights groups say has led to worsening crackdowns, though the US State Department on Tuesday condemned the jail terms for Dung, Tuan and Thuy.

Phil Robertson, deputy director of Human Rights Watch‘s Asia Division, said the crackdown on journalists in Vietnam had been worse under Trump than the administration of his predecessor, Barack Obama, “because the leaders in Hanoi knew that the State Department under Trump was only interested in trade, not rights.”

But after President-elect Joe Biden’s victory in November, Robertson said, “Vietnam is going to need to recalculate because the new administration will likely be much tougher on human rights”.

Carl Thayer, professor emeritus of politics at the University of New South Wales in Canberra and a Southeast Asia expert, said there was also an internal political angle to the arrests and trials regarding the Ministry of Public Security, which oversees police and intelligence agencies in the country.

“The minister of public security is given block representation on the party central committee, and the minister is usually given a seat on the Politburo. The party public security block may be positioning itself as the defender of socialism and a one-party state,” he said.

“Vietnam’s one-party state is especially sensitive to criticism on social media and uses arrests, trials and lengthy prison sentences as a deterrent to prevent others from joining in. It wants to project an image of national unity going into a national congress.”