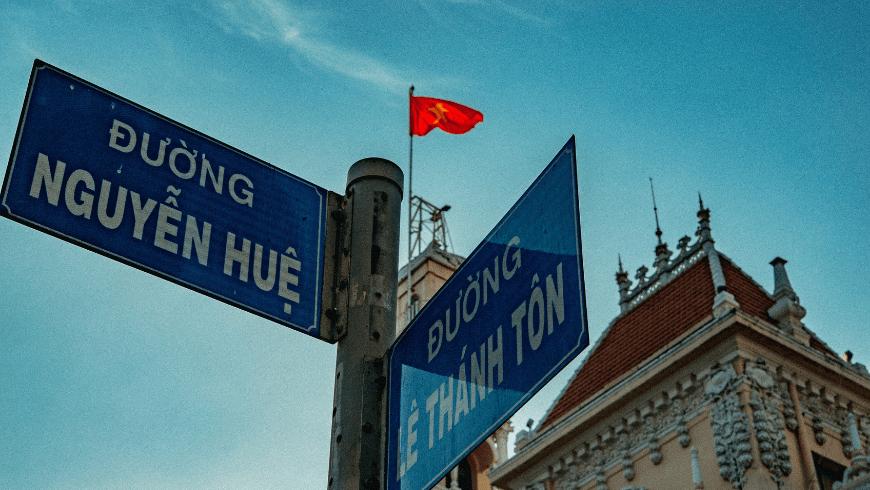 The recent arrests of independent candidates running in the upcoming National Assembly election, apparently in reprisal for their social media activity, underscores the intolerance that the Vietnamese government has for critical voices, said ARTICLE 19. Vietnamese authorities should immediately and unconditionally release the detained candidates and take steps to ensure enjoyment of the right to freedom of expression, including online, in all matters related to the National Assembly election.

“The detention of these self-nominated candidates for discussing Vietnam’s laws and politics on social media is further evidence that the upcoming election will be nothing but a farce,” said Matthew Bugher, ARTICLE 19’s Head of Asia Programme. “Certainly no one should have expected a free and fair election in Vietnam, but the drastic measures taken by authorities to silence even nominal opposition are alarming.”

In the lead up to the National Assembly election to be held on 23 May 2021, authorities in Vietnam have harassed and detained independent candidates, apparently in retaliation for their use of social media to express their opinions about the state of the country and the election.

Two candidates have been arrested and charged under Article 117 of the Penal Code, which criminalises ‘making, storing, distributing or disseminating information, documents and items against the Socialist Republic of Vietnam’. A third candidate has been arrested under Article 330, which prohibits ‘resisting a law enforcement officer in performance of his/her official duties’. He is also under investigation for violating Article 331—‘abusing democratic freedoms to infringe upon the interests of the State’.

ARTICLE 19 has previously called on Vietnam to amend or repeal its Penal Code to bring it in line with international human rights law.

Independent voices silenced ahead of the election

On 10 March 2021, authorities in Vietnam’s northern Ninh Binh province arrested Tran Quoc Khanh for using Facebook to allegedly ‘distort and defame the government, deny the role of the Communist Party of Vietnam, and call for pluralism and separation of powers’. He was charged under Article 117 of the Penal Code. The indictment for Tran Quoc Khanh specifically mentioned 13 of his Facebook videos. He has posted many videos condemning the government’s disregard for the rule of law.

Before his arrest, Tran Quoc Khanh had declared his intention to run as an independent candidate in the upcoming election. However, it does not appear that he was able to formally submit his candidacy before he was detained.

Le Trong Hung is a member of the independent social media group Chan Hung Nuoc Viet TV (CHTV). Tran Quoc Khanh has appeared in a number of CHTV’s broadcasts. CHTV produces Facebook livestreams and YouTube videos that cover political and social issues. The group was first established in 2017 by Vu Quang Thuan, who is now serving an 8-year prison sentence after he was convicted in 2018 under Article 117.

Another CHTV member, independent journalist Le Van Dung, who also goes by Dung Vova, applied in February 2021 to be a candidate in the upcoming election but his application was rejected in March. He has also faced harassment by Vietnamese authorities. Most recently, on 19 March, police in Hanoi questioned him over several Facebook videos. He was released after questioning but may still be at risk of arrest.

On 14 April 2021, authorities arrested Le Chi Thanh, another active social media user turned independent candidate. Le Chi Thanh announced in early March on his YouTube page that he was submitting his self-nomination paperwork with Ho Chi Minh City election officials. Le Chi Thanh, a former prison officer, was dismissed from his job in 2020 after he denounced the corruption and wrongdoing of prison management. Since then, he has actively monitored traffic police behaviour and uploaded videos of his findings to Facebook and YouTube.

Le Chi Thanh has been charged under Article 330, and authorities are reportedly considering adding another charge under Article 331, in response to his YouTube advocacy. Two weeks before his arrest, he ignored a police summons to respond to questions from the Cybersecurity Department of the Ministry of Public Security.

Freedom of expression and elections

ARTICLE 19 has frequently emphasised that safeguarding elections entails more than ensuring that voters have access to the ballot. Citizens have the right to stay informed and candidates have the right to freely communicate to the public.

The UN Human Rights Committee, elaborating on the right to take part in public affairs, has stated that, ‘the free communication of information and ideas about public and political issues between citizens, candidates and elected representatives is essential’.

The 2020 UN Joint Declaration on Freedom of Expression and Elections in the Digital Age reaffirms that such principles exist equally for traditional and digital media, including the social media platforms most commonly used in Vietnam.

The Declaration holds that States should promote a ‘free, independent and diverse media’ and ‘effective access to the internet and other digital technologies’. There should be no prior censorship of media, including blocking of websites or internet shutdowns. ‘Public figures should be required to tolerate a higher degree of criticism and scrutiny than ordinary citizens’.

Vietnam’s recent wave of harassment and intimidation ahead of the National Assembly election  contravenes international principles on free expression and elections as well as Vietnam’s own obligations under the International Covenant on Civil and Political Rights.

“Open dialog and the freedom to express critical opinions are foundational elements of democracy and especially important during election periods,” said Bugher. “Vietnam should end its harassment of independent candidates and take immediate steps to promote a free, independent, and diverse media.”