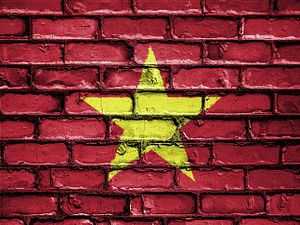 Ahead of Vietnam’s One-Party Elections, the State Punishes Online Calls for Democracy

Unlike its counterpart in China, the ruling Vietnamese Communist Party (VCP) has not felt the need to banish popular U.S.-based social media platforms from its domestic internet. In fact, Vietnam is home to the seventh-largest population of Facebook users in the world. Yet the party has been able to maintain control over the digital sphere with alarming efficacy. Online dissent is strictly punished, thousands of pro-government commentators shape prevailing narratives, and users’ activities are intensely monitored.

These tactics have been on full display ahead of the May 23 legislative elections, resulting in flagrant abuses against users and growing pressure on international platforms.

In many ways, the elections are nothing more than the ritual reaffirmation of a decades-old political monopoly. The VCP is the only party allowed on the ballot. Although some independent candidates have been permitted to run, they are subject to vetting by a VCP-controlled body. In the 2016 elections, this resulted in the disqualification of over 100 would-be candidates, including many prominent civil society activists, and the VCP was awarded 473 of the 500 seats in the National Assembly. Vietnam’s score of 18 out of 100 in Freedom House’s Election Vulnerability Index reflects this low level of political rights and high likelihood of repression, as well as the tightly controlled online sphere.

While social media platforms are generally accessible in the country, authorities use numerous vaguely worded laws to punish would-be candidates for their online activity. Soon after announcing his intention to run as an independent candidate, Tran Quoc Khanh was arrested in March on charges of using Facebook Live to “distort information against the state, causing public confusion.” Le Trong Hung, another popular social media activist who had sought to run as an independent, was arrested on March 27 for similar offenses. Three friends were detained and interrogated for multiple days in early April in relation to a Facebook chat in which they simply discussed procedures for nominating independent candidates. Journalists have faced even harsher penalties based on spurious charges of disseminating “anti-state” materials. Pham Chi Dung was sentenced to 15 years in prison in January, while two fellow journalists from his association were handed 11-year sentences.

Even as it jails high-profile users, the regime manipulates online discourse through an electronic army of paid commentators. A unit of approximately 10,000 people hired by the government, known as Force 47, disseminates propaganda, harasses dissidents, and attacks opposition figures on platforms including Facebook and YouTube. Force 47 is believed to submit complaints en masse to social media companies in order to have targeted content or accounts removed. Separately, “public opinion shapers” engage in similar tactics on a voluntary basis. Through their combined efforts, these two cyber forces effectively augment state control over traditional media by disrupting and distorting alternative sources of news and information online.

Over the years, the government has also stepped up its direct pressure on social media companies. In November 2020, Facebook staff reportedly told Reuters that Vietnamese authorities had threatened to block the platform unless it removed significantly more “anti-state” content. Earlier in the year, some Facebook servers had been taken offline until the company agreed to a similar promise. These types of demands have led the government to boast in recent months about unprecedented levels of compliance, alleging that Facebook and Google have been meeting 95 percent and 90 percent of Hanoi’s content-restriction requests, respectively. Though officials benefit from inflated claims of cooperation, platforms have confirmed a sharp spike in censorship. Facebook reported a 983 percent increase in content restrictions in the first half of 2020. Authorities have also imposed heavy fines and suspensions on digital publications due to critical comments on their platforms.

To curb these repressive practices and encourage political pluralism in Vietnam, democratic governments should emphasize respect for human rights in their dialogues with Vietnamese officials. Diplomats should point to positive examples of states in the region that have undergone democratic reforms, and contrast them with regimes that engendered instability by stubbornly centralizing power. Major democracies – particularly the United States – should dramatically step up cyber diplomacy to roll back laws that compel companies to abuse internet freedom.

Get briefed on the story of the week, and developing stories to watch across the Asia-Pacific.

For their part, companies should use all available instruments to resist state demands to remove nonviolent political, social, and religious expression. If they cannot resist in full, the firms should limit restrictions as much as possible, document removal requests, and notify users as to why their content is being taken down. Companies must also resist demands to store personal data in countries where it may be used to identify and punish government critics.

Regimes that engage in censorship are emboldened by the silence of democratic states and the complicity of social media giants. The run-up to elections in Vietnam has clearly demonstrated that the VCP is committed to maintaining the status quo of political repression and rejecting calls for popular representation. But social media platforms and the democracies that gave rise to them should make it equally clear that they will push back against such repression and raise the costs for Hanoi. If ordinary users are brave enough to risk 15-year prison sentences by insisting on their fundamental rights, powerful international actors should have the courage to stand with them.