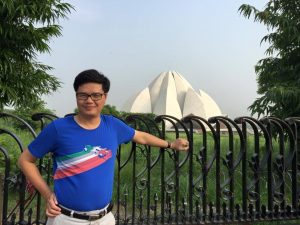 In Vietnam, the Party’s Rolling Crackdown on Dissent Continues

Proponents of an EU trade pact said it would nudge one-party Vietnam towards greater respect for human rights. The evidence so far points in the other direction.

By Stewart Rees, The Diplomat, July 23, 2021
On July 20, 51-year old Nguyen Van Lam became the latest Facebook user in Vietnam to be jailed for posting what judges deemed to be “anti-state” content on the social media platform. Lam was accused of sharing articles and livestreams that criticized the Vietnamese Communist Party (VCP) and called for multi-party democracy.

It has been a dispiriting couple of weeks for proponents of human rights in Vietnam. On July 6, the activist Do Nam Truong became the seventh person to be arrested during a week-long flurry of activity against critics of the regime. On July 9, Pham Chi Thanh, co-founder of the Independent Journalists Association of Vietnam (IJAVN), was handed a five-and-a-half year jail sentence for writing articles critical of the VCP.

Judges have had a busy year sentencing IJAVN journalists. In January, three IJAVN members were imprisoned for writing 36 articles that the authorities deemed hostile to the party. Le Huu Minh Tuan and Nguyen Tuong Thuy each received 11 year prison sentences, while Pham Chi Dung was sentenced to 15 years. Unsurprisingly, Vietnam continues to be ranked 175th in the world for press freedom out of 180 countries, according to Reporters Without Borders.

The latest wave of repression began on June 29, with the arrest of three Facebook users from the central province of Quang Ngai for “abusing democratic freedoms to infringe upon the interests of the state.” In theory, the Vietnamese Constitution guarantees freedom of speech. In practice, those who openly criticize the government are often charged with “abusing” this freedom under Article 331 of the criminal code, or with spreading “anti-state” content under Article 117.

Independent Facebook news groups have come under particular scrutiny from the regime. Earlier this year, CHTV journalist Le Trong Hung was arrested just two weeks after announcing his intention to stand as an independent candidate in May’s National Assembly Elections. On June 30, police finally arrested CHTV manager and independent journalist Le Van Dung. Dung was arrested after evading security forces for over a month after being charged with disseminating “anti-state” content.

Social media platforms have provided an unofficial avenue for dissent in Vietnam. Authorities are working hard to undo this. The government has exerted pressure on social media companies to censor content, with increasing success. Last year, Facebook agreed to ramp up censorship of the platform after its servers were taken offline to slow traffic to the site. Meanwhile, online critics have received draconian jail sentences. On March 31, Facebooker Vu Tien Chi was given a 10-year prison sentence for sharing over 500 “anti-state” articles and videos.

On July 6, Le The Thang became the fifth member of the anti-corruption Facebook news group Bao Sach (Clean News) to be charged with “abusing democratic freedoms” although he has not yet been arrested. The charge follows the arrest of fellow Bao Sach members Nguyen Thanh Nha, Doan Kien Giang, and Nguyen Phuoc Trung Bao in April 2021, and Truong Chau Huu Danh in December 2020.

On July 2, Mai Phan Loi and Dang Dinh Bach were both arrested after being charged with tax evasion. Details of the charges have yet to be released, but it seems highly likely that the pair were targeted for their involvement with the VNGO-EVFTA Network, which planned to independently monitor the implementation of Vietnam’s commitments towards trade and sustainable development made as part of the EU-Vietnam Free Trade Agreement (EVFTA) in 2020. Vietnam is yet to approve its own independent monitoring group, despite agreeing to do so as part of the EVFTA.

Loi has long been regarded with suspicion. In 2016, his official journalistic license was revoked just weeks after joining a meeting between other Vietnamese human rights activists and former U.S. President Barack Obama during his visit to the country. Daniel Bastard, head of RSF’s Asia-Pacific Desk, described the charge against Loi as “clearly trumped up.”

Proponents of the free trade deal hoped the agreement would nudge Vietnam towards greater respect for human rights. Evidence so far suggests it has failed to do so. Instead, the government is currently preparing legislation to compel social media platforms to provide contact information for popular live-streamers. It is claimed that the legislation will help combat “fake news,” but it seems highly likely that critics of the regime could also be targeted.

The 88 Project estimates that 22 critics have been arrested since January, while 19 have received prison sentences. For some time, Vietnam has been one of the world’s most repressive countries for journalistic independence and freedom of speech. Recent events suggest it will remain so for some time to come.

Stewart Rees is an Advocacy Associate at The 88 Project, a nonprofit organization that works to promote freedom of expression in Vietnam.