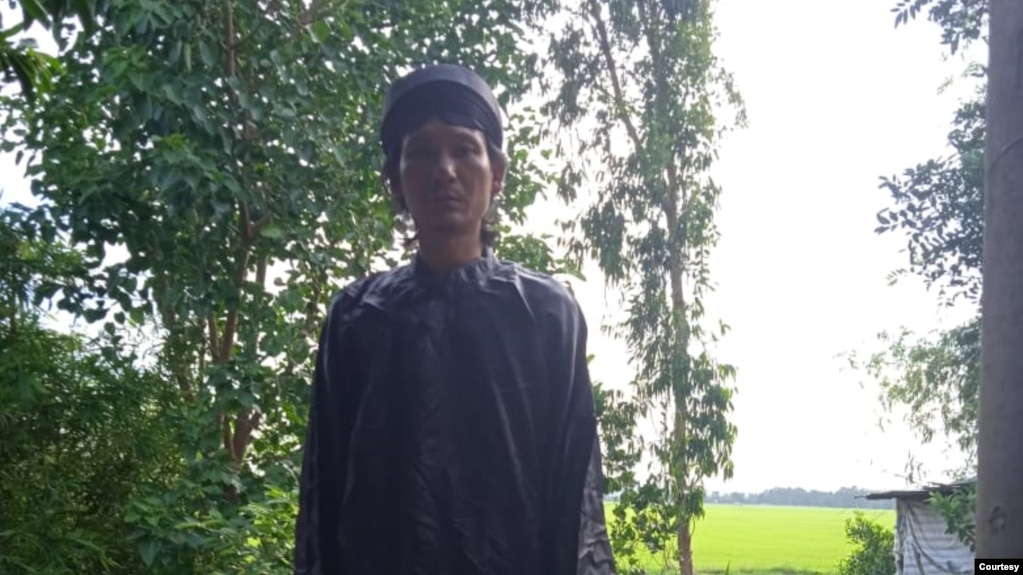 (Translated by Defend the Defenders)

Nguyen Hoang Nam, an independent Hoa Hao Buddhist in Vietnam’s southern province of An Giang who has just served four years in prison for “causing public disorder,” told VOA that detention conditions at Xuan Loc Prison camp in the southern province of Dong Nai are very harsh, as riot police deploy professionally trained dogs to suppress protesting prisoners. He shared that he would continue to fight for religious freedom, for his faith, and he conveyed messages from fellow inmate, independent journalist Pham Chi Dung.

The following is the interview of a VOA reporter with Mr. Nguyen Hoang Nam:

VOA: What are the conditions of detention at Xuan Loc Prison camp, sir?

Mr. Nguyen Hoang Nam: The prisoners are heldin narrow spaces and the prison’s authorities do not allow inmates to regularly exercise. The prison food provided to prisoners is not hygienic, the soup is very dirty, the canteen is often selling out-of-date foodstuffs at prices much higher than the market prices by 20-40%. The prison provides water pumped from wells for drinking and other purposes and the water is not hygienic.

VOA: Were you forced to work or held in solitary confinement in a prison?

Mr. Nguyen Hoang Nam: I was not forced to work or held in solitary cells. In the area, three people were held in solitary confinement, such as prisoner Do Dai Binh who was punished for for allegedly resisting.

VOA: What are the conditions for medical care and visitation?

Mr. Nguyen Hoang Nam: Political and religious prisoners are in a separate cell, about 30 people, 2 people share a room of 10 square meters, so it is very stuffy. Prisoners were allowed to enjoy fresh air outside their cells for 4 hours a day but not during weekend.

The religious and political prisoners were demanding that the prison should allow them to go out of their cells for exercising for 8 hours a day. We petitioned the prison wardens several times in 2020. Inmates also protested twice against the harsh detention but were suppressed by riot police who deployed professionally-trained dogs to attack the protesters.

In terms of health, the prison does not properly examine for common diseases and does not provide specialized treatment for chronic diseases, so many prisoners are seriously ill such as Mr. Muoi Dinh [Nguyen Dinh] and Mr. Loc [Le Duy Loc] ] followers of the An Dan Dai Dao group, lawyers Tran Cong Khai, and Mr. Nguyen Van Vien.

VOA: You were reportedly also in the same camp with independent journalist Pham Chi Dung [President of the unregistered professional group Independent Journalists Association of Vietnam], can you share a bit about Mr. Dung’s case?

Mr. Nguyen Hoang Nam: After Mr. Dung was taken to the camp, I met him many times. He messaged that when he went out, he would raise his voice to demand the release of political prisoners and religious prisoners because they are innocent and are being held harshly in prisons.

Mr. Dung’s spirit is very high and he advises other inmates to demand that the camp meet the legitimate demands of the prisoners.

When Dung was brought to the camp, he sang a catholic song. Other prisoners of consciences were very welcome and glad to welcome Mr. Dung.

VOA: What do you think about the last 4 years in prison?

Mr. Nguyen Hoang Nam: I am an independent Hoa Hao Buddhist follower, I was sentenced to 4 years in prison by the government just because I expressed my religious beliefs on April 19, 2017. In my opinion, this is a case of religious persecution. The sentences for me and 5 fellow followers are heavy and unjust.

Besides, I also want to spread the injustices in the prison so that the media, human rights organizations and freedom and human rights-loving countries can speak up to demand the Vietnamese government to release religious and political prisoners unconditionally because of their innocence.

VOA: Do you have any plans in the future?

Mr. Nguyen Hoang Nam: I was released from prison right at the time of the COVID-19 epidemic in Vietnam and where I live in Chau Doc, An Giang is complicated and I am still isolated at home.

I will settle down and continue to be a Hoa Hao Buddhist follower who properly expresses my own religious beliefs, and will continue to speak out against the government’s acts of religious repression and other social injustices.